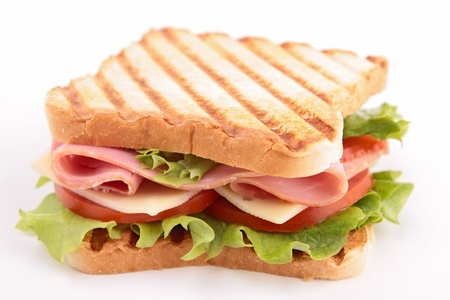 Ah… the challenges we face as we attempt to communicate with each other in ways that actually get results… the results we want that is.

Recently someone near and dear to me was upset by something I did.

I checked my e-mail just before going to bed and zap! I suddenly found myself feeling really angry. In NLP when something suddenly and intensely changes our state, we call it a negative anchor or a trigger. When we find ourselves reacting to something with a lot of emotion (above a 5 on a scale of 1-10) it it usually triggering some old stuff from childhood. I was feeling anger at about a 9.

BTW this is a little ironic because since using Time Line to clear my anger (along with fear and other old toxic emotions) I can now actually FEEL anger whereas before I stuffed it and it collected and built up without acknowledging or resolving it. I know that may be a bit confusing but I don’t have time to explain it right now. I promise to address this in future posts. Suffice it to say that now I feel anger and can usually express it constructively so it doesn’t build up.

Anger is a perfectly normal response when we feel our boundaries have been violated.

I’m sure my friend was angry at me. He TRIED to give me feedback. He really did his best. I know his intention was positive. It’s just the WAY he did it that triggered MY anger.

Have you ever tried to give someone feedback only to have them get all angry and defensive? You really want to help them but the more you try to communicate your insights and helpful suggestions the more they want to strangle you?

Or perhaps you have more experience with it being the other way around and wanting to strangle the well meaning supervisor, colleague, teacher or parent that is giving you the feedback.

In business feed back is usually given like this:

Manager: I really love the way you went after the Jorgenson account and made the sale, but, you really need to spend more time cold calling….

Parent: Honey you got 3 “A’s” on your report card but what about this “D” in math?

The person receiving the feedback will always focus on the last statement. In addition, we are often not conscious that the word “But” functions to negate what’s been previously said. So typically the salesperson or the student ends up muttering to themselves that no matter what improvements they make the boss or parent just notices the negative so why even bother trying to improve…

Example: “This soup tastes good but it’s a bit salty…” The statement following “but” negates the statement before “but”. So the real meaning received by the cook is “The soup is not good.”

What happens when we flip it?

“This is soup is salty but it tastes good…”
The cook is focused on the soup tasting good with some helpful input into making it taste even better next time by adding less salt.

“You need to make more cold calls but, you landed the Jorgensen account.”
The sales person is focused on the fact that he accomplished bringing in the new account and can take positive action to bring in even more business.

“You got a “D” in math but look at these three “A’s”.
The student is focused on the three “A’s” with an acknowledgment that math needs some attention. Needing to improve the math does not detract from the legitimate successes of getting the 3 “A’s”

So “but” can be used positively but it often isn’t :o)

I love that you are [reference to something that I did], BUT [several things that he objected to followed by a REQUEST (it felt like a demand) to undo what I did ]

Despite my training. I totally fell into a defensive belligerent knee-jerk reaction. (For you EFT practitioners out there, I was tapping on – “Even though I feel defensive and belligerent, why do I deeply and completely accept myself?” :o)

And I’ll say it again for the thousandth time, NLP doesn’t make us perfect it just gives us more resources so we can grab that precious moment before we slam the “send” button after writing out an angry reply… So after writing my angry reply, I saved the draft and forced myself to focus on something else more positive….

Now, my friend could have expressed his legitimate concerns in another way without having to remember a lot of complicated stuff. He could have used the NLP Feedback Sandwich but he hasn’t come to my Modern Jedi Mind Mastery Training in July so how could he have learned it?…

1. Tell them the positive.
Example: “I really appreciate that you are [positive stuff here]”

Example: “And I have some concerns/ideas for improvement, ”

3. Finish with an overall positive statement like “all in all I really appreciate your efforts and your commitment to the project and I know we can work together make this better or to share our mutual excitement about this etc.

And as I was thinking about all this in my own context of the moment, I realized that I had to take my own advice and
respond back to him with a feedback sandwich rather than an angry rant.

So here’s my response to my friend.

Positive statement:
Thank you so much for honestly sharing your concerns. I always know where I stand with you and that’s refreshing. I know your intention is the highest good of the project…

Feedback statement:
AND, my honest reaction to the way you gave me feedback was one of anger and defensiveness. I reacted really negatively to what I perceived as “being told what to do”.

My knee jerk reaction was to either refuse your request or quit the project altogether. Neither of which is very mature or productive. And neither of which was what you were trying to accomplish. That’s MY honest reaction.

Positive statement:
Again I appreciate your honesty and I apologize if I stepped on your toes in any way with my actions. My intention was to help. I only wanted to share the excitement and wonder I felt at being part of the project we are involved with. I know we’ll look back at this someday and laugh about it.

In the meantime, I know you are under a lot of stress and pressure. And you’ve done an amazing job of pulling all the pieces together for something exquisite and spectacular. What you are doing is really difficult and I’m always happy to hear and address your concerns, particularly knowing you are open to hearing mine.”

So sometimes Modern Jedi NLP Mind mastery is simply about being able to count to 10 and not reply out of an emotional storm. The feedback sandwich is just another tool in the arsenal. I just wish people would use it more with me! Cuz I respond so much better to it than the usual “this is really good but…” :o)

One of the reasons I used to give in to old patterns of social anxiety and isolate myself was because I hated “feedback” I perceived it as criticism. Couldn’t handle it. In fact you might say I had a “feedback phobia.” So I got really good at self evaluation. I developed the ability to learn on my own.

Even Michael Jordan and Tiger Woods have coaches and had to be able to receive feedback. My own failure or inability to receive the positive benefits of good feedback probably cost me years of wasted time in my businesses.

This is partly why I’ve made such a deep commitment to do my utmost to teach the Modern Jedi NLP Mind Mastery program to as many people as possible in a way that goes beyond all the old patterns and habits of typical feedback. So that the learning experience can be transformational in and of itself. Modern Jedi NLP Trainings

Sometimes we have to look at ourselves in the mirror and dare to crack a smile…at our own self importance, egotism and human frailty…

At least YOU should! I’m going out for a walk…

Post script: After sending my feedback sandwich to my friend, I got a grateful reply from him admitting that he was under a huge amount of stress and that he really appreciated my caring response. The bottom line is the feedback sandwich enables you to speak your truth and own your own stuff but in a way that enables the other person to hear it. This friend of mine is really important to me and I wanted to preserve our friendship and speak my truth. So try this today!